We´re delighted to present you a fresh introduction to Sarah Coggrave´s work, who will be participating in Art Language Location 2016. Sarah gave us a sneak peak preview of what will be presented in Cambridge this October! Enjoy and make sure to let us know your impressions!

I’m Sarah Coggrave, one of the artists taking part in Art Language Location 2016. In October I’ll be coming to Cambridge to tell a story – one that’s inspired by real events. I’ve been researching this story for three years now, and it’ll link Cambridge with Manchester and Constantinople. I’ll be using performance and written artefacts to bring it to life. Here’s a little introduction…

The story began in 2013, when I lived in a house called ‘Massis’ in Manchester. 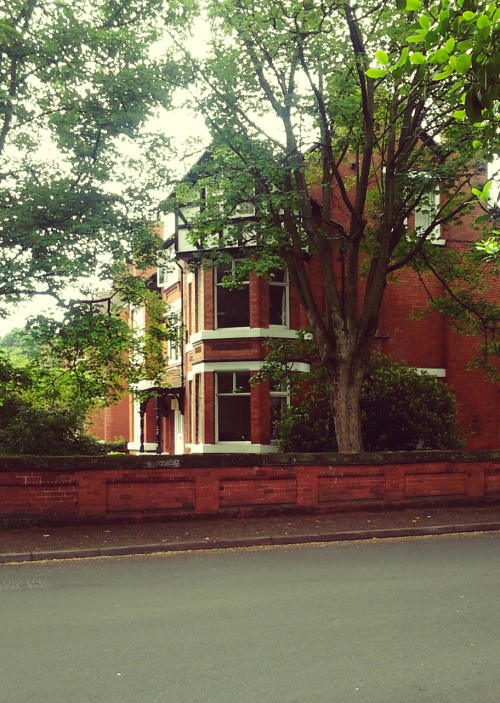 Above: ‘Massis’ (my photograph)

This unusually titled red brick villa is located in Didsbury – a leafy suburb in the south of Manchester. 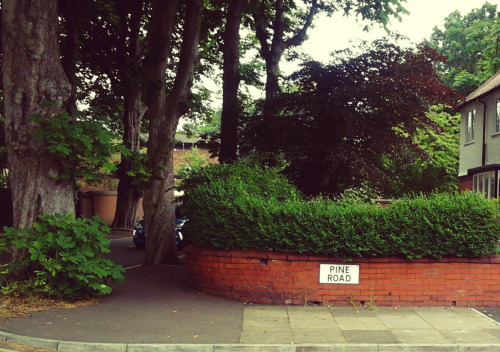 Above: Pine Road – the quiet street on which the house stands (my photograph)

I rented a tiny room in the basement between 2013 and 2014, whilst studying for my art degree. 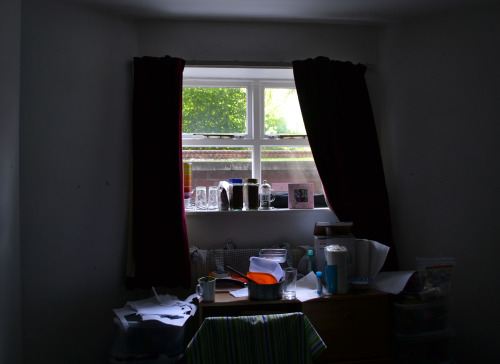 Above: My tiny basement room (my photograph)

From the moment I moved in, that strange word – Massis – had intrigued me. It marked the house out from the others on Pine Road, and was carved into the gateposts, suggesting that this particular home had a history worth looking into.

Above: From the gatepost (my photograph)

Massis (alternative spelling – Masis) is an Armenian word. It’s a name for Mount Ararat in Turkey, but also refers to a city in Armenia, a football club, a periodical and is a popular name for Armenian men and, seemingly, restaurants. To my enormous shame, I’d never come across Armenia or its history prior to that time, in 2013. The country’s connection with this Mancunian house became clear when I searched the census records, which revealed that my home once belonged to the Funduklians – an Armenian family from Constantinople. 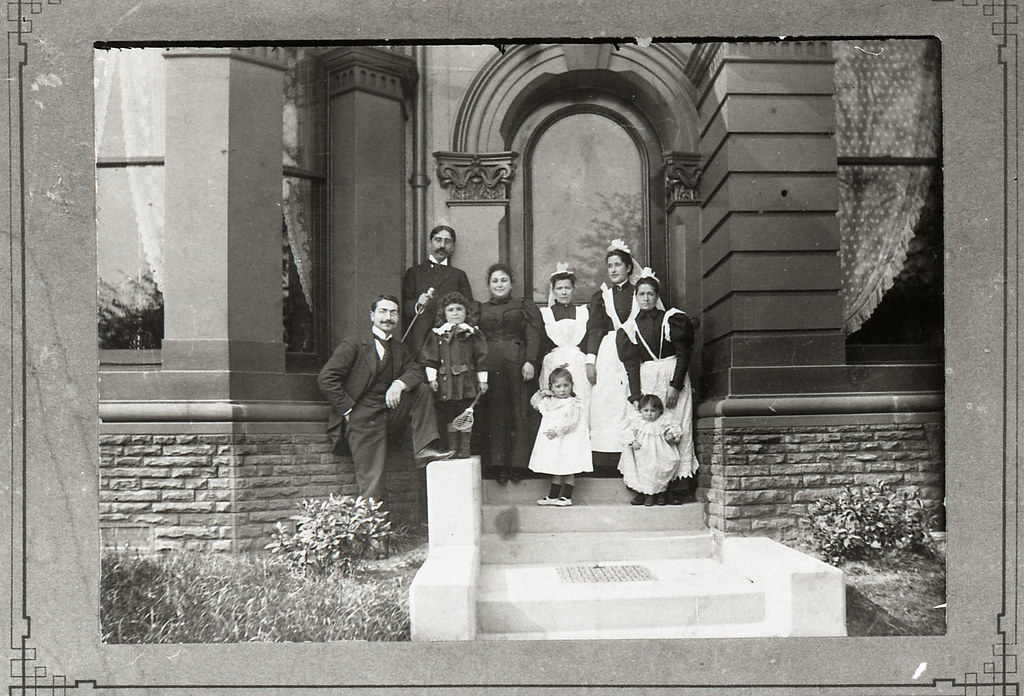 Above: The Funduklian family and servants outside the house they occupied before ‘Massis’ (Image courtesy of Manchester Archives+)

The Funduklians arrived in Manchester at some point during the late 1800s. Hailing from the city now known as Istanbul, this Armenian family joined many of their co-patriots in seeking a new life in Britain. Whilst living in Turkey, as a Christian minority, Armenians did not enjoy the same advantages as many of their fellow citizens – in work, education or in civil life. Persecution led to massacres in the 1800s and later, in 1915, genocide.

The Funduklians had escaped just in time.

Karnig Funduklian and his relative Tigrane were the first to arrive. They set up a textile shipping business in Manchester, and its success enabled Karnig to give his wife Aznive and four children a large, comfortable home in Didsbury, away from the hustle and bustle of the city. Many other Armenian families lived nearby. Karnig employed two servants to help run the household, which also included wife Aznive, and their four children – Arto, Astra, Vahe and Nazar. Three sons and a daughter. 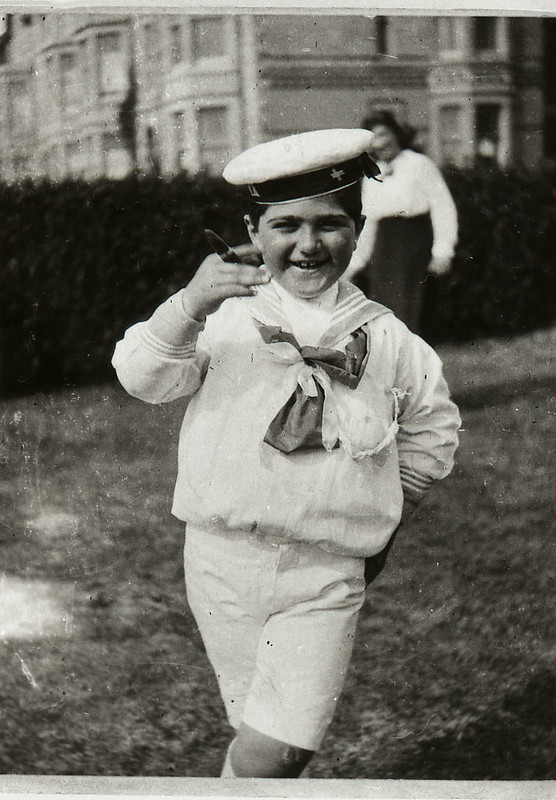 Above: Nazar Funduklian as a child (Image courtesy of Manchester Archives+)

Arto was the eldest child. He studied at Manchester Grammar School, and won a scholarship to study languages at King’s College, University of Cambridge. He was a star student – he achieved a First, worked in military intelligence during WWI, collected art in Paris in the 1920s, and eventually settled in New York, where he managed a branch of the family business.

To see a picture of Arto, please click here.

Vahe, his younger brother, loved sport, particularly rugby, as well as the Lancashire countryside and down-to-earth Northern humour. Nazar (short for Nazareth) collected art and books, and, like his sister Astra, lived with parents Karnig and Aznive until they died in the 1930s, after which Vahe took over the family business. Only scraps of information survive about each individual – a mention in a book, a sentence in a newspaper article, but each tiny clue is revealing, and I found myself wishing I’d known this generous, and in some ways, slightly unconventional, family.

Astra is perhaps the most mysterious of all.

Unsurprisingly, as a woman, very little information survives about her. All I know is that she never married or had children, she travelled widely, played the piano and once was charged with smuggling silk. None of her siblings had children either, and Vahe, as the last surviving sibling and proprietor of the long-running Funduklian business, commissioned a gravestone for the family in Southern Cemetary near Didsbury. When he died the family line ended – only distant relatives remain. 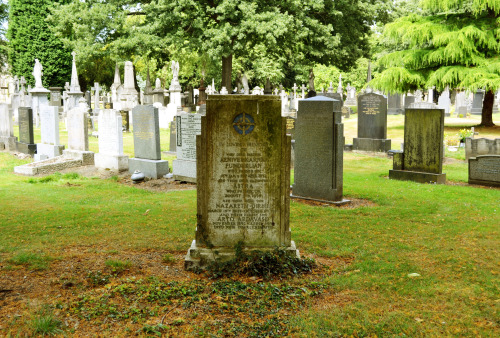 Above: The family grave in Southern Cemetery, Manchester (my photograph)

The Funduklians, like many other Armenian families, contributed much to Manchester. They donated to various causes, including the city’s university, they gave books and art work to local institutions, and they campaigned tirelessly to help their friends and relatives who had been unable to escape the horrors of the massacres and genocide in the Middle East. Manchester’s specially established Armenian Church was a central gathering place, and the community formed numerous societies that undertook charity work, cultural activities and social events. I was intrigued to find information and pictures relating to this in Manchester’s archives. I worked with Archives+ in 2013 to digitise and blog about these materials, and in 2014 I created an exhibition at Didsbury Parsonage, inspired by the history of my home and its occupants. I performed there as Astra and created artwork about her. 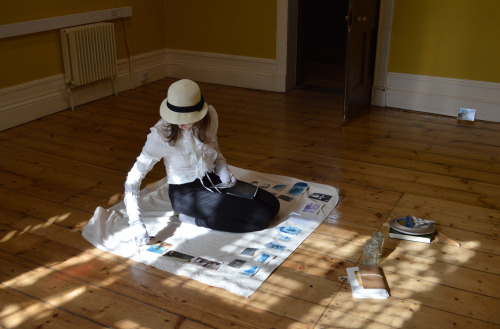 Above: Performing as Astra at Didsbury Parsonage (my photograph)

Later that year I spoke about my research as part of the BBC Radio Four documentary Out of Armenia. In 2015 I worked with Buxton Museum and Art Gallery on an exhibition of Arto Funduklian’s art collection, also part of Buxton Arts Festival. Here I performed as Astra again. I feel as if her voice has been lost from official records, like those of many women from that time, and as an artist I try to address this issue creatively (and respectfully) in my work. 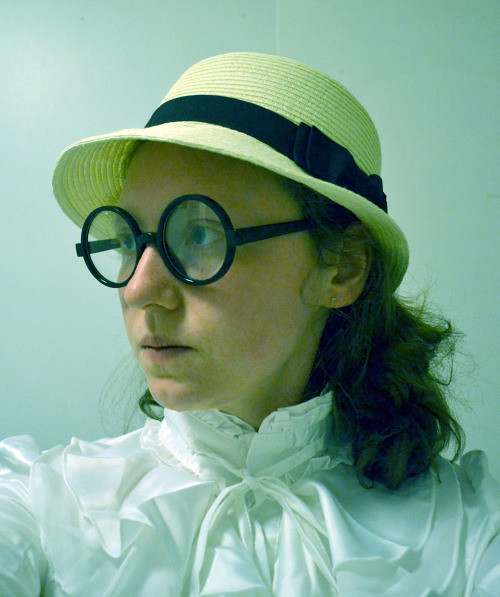 Above: My interpretation of Astra (my photograph)

I’ve known for some time that Arto went to Cambridge, and that there were records about him held there. However, work, distance and other commitments prevented me from pursuing the story further. Now, Art Language Location has provided me with an opportunity to do this, and to find a creative way to commemorate Arto’s time as a student.

Like Arto, I too was once a Cambridge student, prior to becoming an artist, so this project holds a great deal of meaning for me. Same university, but, I presume, very different experiences of studying there.

In July I’m visiting the King’s College archive to see documents concerning Arto’s time there, and in October I hope to bring my imagining of his younger sister, Astra, to Cambridge. Here she’ll be writing letters to her brother, reminding him of the home he left behind, questioning him about university life, and debating with him, the events of the day, from 1911 until 1914. In 1911, Astra and Arto were only teenagers. These siblings grew up during turbulent times, and their respective stories (or rather what remains) offer opportunities to explore unexpected links between Cambridge, Manchester and Constantinople.

I’ll be blogging about the progress of this project in more depth here, as the festival draws nearer.

The Funduklian Story: Part I – Buxton Museum and Art Gallery

The Window at Silver Street sponsored by Cambridge BID