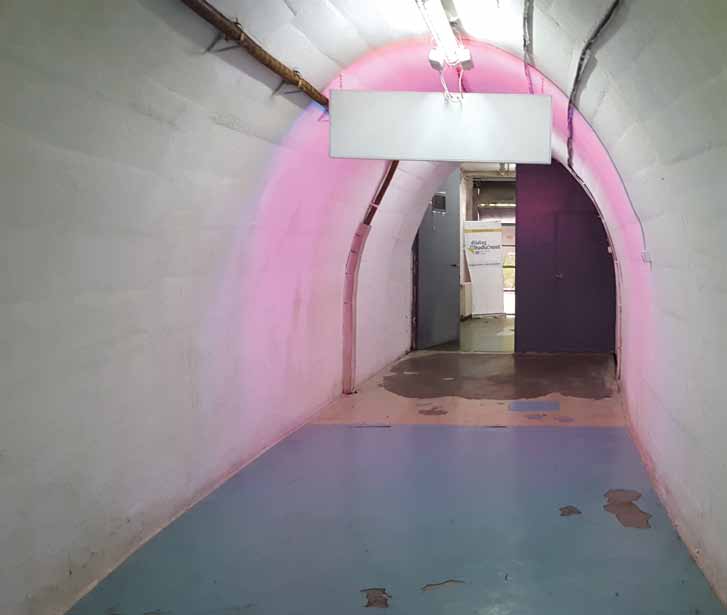 This piece is the concluding part of a series that started with an interactive installation based on the compound word Commonism. This word served as a provocation for a discussion, whilst the notion of common or commons is mainly seen as positive, the word also has a derogatory meaning. On the other hand, communism tends to be seen as almost entirely negative. In reaction to this initial piece, people responded to the provocation with their own words, which ranged from Gulag and Stalinism, to brutalist architecture, and even ‘Come on Aileen’, which was one of the more humorous responses.

Poignantly, the initial installation coincided with the death of my beloved father Sead Prnjavorac on the 10th of June 2016. My father was a politician during communist Yugoslavia; he was wounded and survived the four-year-long siege of Sarajevo.

This brings us to the second part of the installation – the tape piece based on the arch of the secret nuclear bunker built by Tito and completed only a year before his death in 1980. The bunker contained state of the art equipment and enough space, water and supplies for 300 people to survive over three months in complete secrecy. There was an attempt to destroy it during the Bosnian war, however the Bosnian army managed to save it.

Interestingly even to this day, workers who took part in its construction, (blindfolded and frequently moved) remain loyal to Tito to this day. Projected images overlaid show the initial word responses and images of the bunker taken in 2015.